The Near Field Communication (NFC) technology made its first appearance in 2011 in France. Since then, this contactless technology is the most used in the market and in deferent sectors. Within your smartphone, credit cards for contactless payment, safety lock, their adaptability is does not required a major cost and technical knowledge. Most time we hear about NFC, we immediately think about the bluetooth. Those technology are slightly different though !

To sum it up a little bit, the NFC technology is a mean to allow two mobile devices (or terminals) that are close to one another (less than 10 centimeters distance) in order to share information and data quickly between the two terminals. This technology uses short wave. We use mostly the smartphone as an example to illustrate the NFC that allows them to perform contactless task (payment, sharing information etc…)

The data and information are directly stored in the SIM card that are both encoded and encrypted, which ensure the security and safety of the your data, hence the development of the contactless payment, based on the NFC technology.

What’s the difference between the bluetooth and the NFC ?

Unlike the bluetooth, the NFC technology does not require any configuration on your device. The NFC can be used for three main purposes :

Thanks to the NFC, the contactless technologies have been developed in many sectors with new applications such as: ticketing, transport, fashion (antitheft tags). In brief, a well developed technology with more assets than the QR Code which requires a scan application in order to transfer the information. 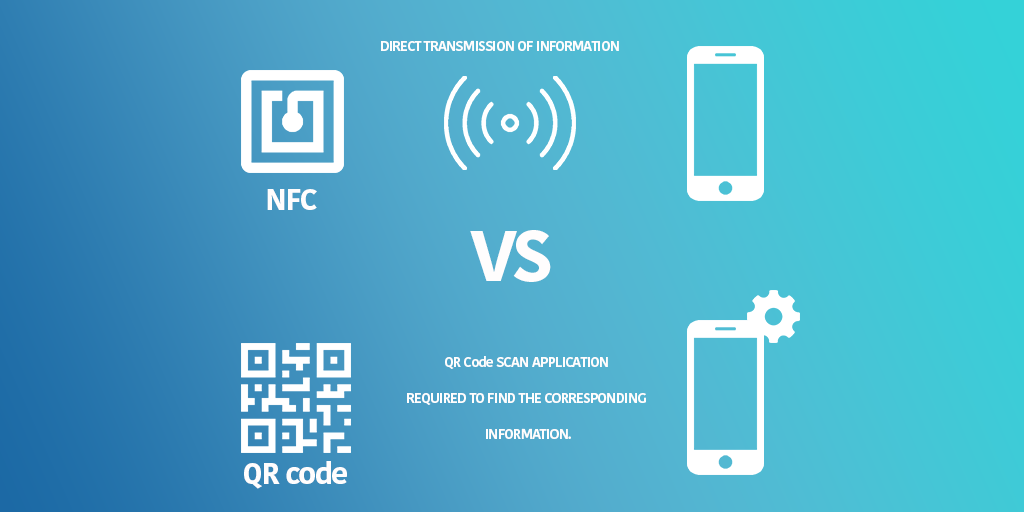 One thing is sure, the NFC has more than one trick up its sleeve !