At Startup Assembly, we presented our expertise and our solutions to Les Docks Numériques 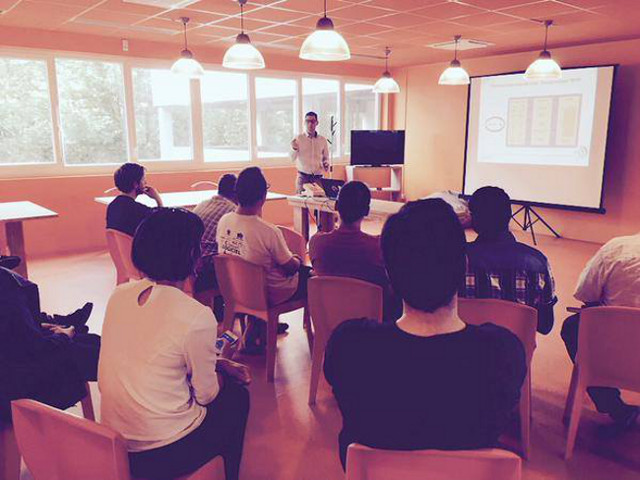 Thursday march 12th 2015, feedback meeting on the CES 2015 with Burgundy companies that participated in this collective mission at Las Vegas the January 5 to 10, 2015.

This video shows a conference/debate on CES 2015. It is introduced by M Gilles Caboche and led by M Vincent Thivent. The conference takes place on Thursday March 12 2015 at 17:30 at ESIREM, engineering school in Materials and InfoTronique in Dijon. Some people representing companies like Tevolys, Active 3D, Réseau Concept, Odalid, LE2I, C2IP, RB2D and part of the cluster GA2B tell us about their experience of the CES, which took place in Las Vegas in January 2015. This show is the largest exhibition dedicated to technological innovation in consumer electronics, and received more than 160,000 people.

It’s a very large exhibition, both in the number of participants and in the various fields that are shown: connected object (Internet of Thing), health, home automation, sensors… M Serge Grygorowicz, founder of RB3D, believes that CES is an international echo chamber from a media point of view because all the high tech newspapers and magazines are present. In general, there is a significant
French presence at the show, with brands such as Parrot, Netatmo, Withings, or MyFox which have won prizes. Connected objects also have a prominent place in this show. According to M Tony Gomes, leader of Active 3D, there will be an average of 30 connected objects per person in the coming years.

As a conclusion, as the name suggests, the CES is an exhibition presenting products and services for the consumer. According to M Grygorowicz, we went from a “military to consumer to business” model to a “business to consumer to business” model. Compared to previous years, there also has been an increase in the number of offered services, particularly in the automotive field. In terms of products presented, we are more in a fun dimension than in a professional one.

ODALID strengthen his local partnership with the renewal of his membership at the AgenceNTICBourgogne and join the cluster GA2B.

The AgenceNTIC have for main task:

The GA2B cluster federate his member around collaborative project through 7 workgroups (see the the index "Action - Workgroup") devoted to the renovation of industrial and tertiary buildings, autonomy and connected habitat, the quality of indoor air in buildings, to training, to the digital model and connected objects or the intelligent building.

We were present on the CES2015 with burgundy delegation. This mission was organized with the collaboration of the agenceNTIC and cluster GA2B.

This mission allowed us to strengthen our ties with our local partners and meet our international partners. 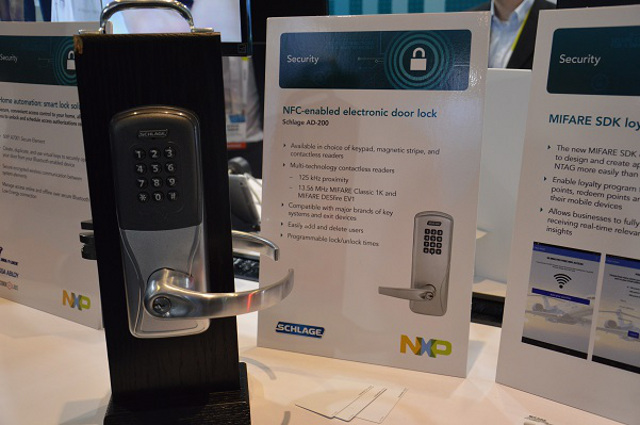 From a technical point of view, this show allowed us to consolidate our technological choices in markets including smart home and connected objects.

Discover the innovations of CES 2015

ODALID is pleased to invite you to the following event:

AgenceNTIC and CCI Bourgogne, in partnership with
ESIREM are glad to invite you to a Conference and
debate CES 2015
Thursday, March 12th 2015 at 5:30 p.m.
at ESIREM, 9 avenue Alain Savary, Dijon (University campus)

The Consumer Electronic Show - CES is the biggest show on the technology and digital's innovations, was held this year from 6 to 9 January 2015 in Las Vegas and 13 Burgundy companies are went to the discovery the novelty of the largest global brands like LG, Sharp Samsung and Intel innovations and international startups.

We invite you to come and listen corporate experience feedback Burgundian who participated this year at CES 2015 and the mission to ask them all your questions about the digital future!

This will be followed by a cocktail.
Online registration

For the second year, an exploratory mission of the ESC was organized by the AgenceNTIC and the CCI Bourgogne with the support of the Conseil Régional de Bourgogne, in partnership with the GA2B cluster.

Hope to see you at this event,